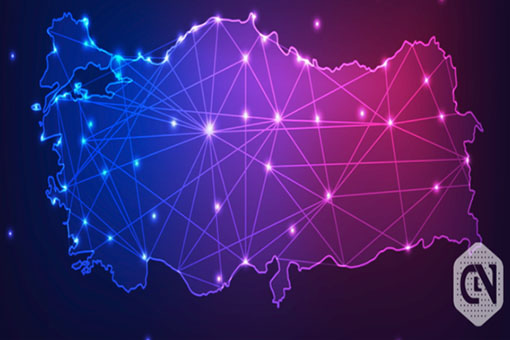 Yesterday, during the Strategy 2023 presentation, which took place in Ankara, the Ministry of Industry and Technology shared its blockchain ambition. Soon we may get to see a national blockchain infrastructure in Turkey. Reports say that the country’s government is looking into using DLT (Distributed Ledger Technology) for the same. The Goals of Strategy 2023 The main focus of the Strategy 2023 for the next year is on the blockchain technology and the distributed ledger technology. As per reports, a survey called- the “Startup Genome” reveals that the blockchain industry is the fastest-growing tech sector with a recorded spike of 101.5% on the international level. Strategy 2023 says: Blockchain will be used in everyday use cases Further, it is anticipated that soon, the country will also have a brand new open-source platform for the blockchain sector. The purpose of this open-source platform will be to verify and authenticate various admin related documents in the fields such as the registry of any land, checking the academic documents, screening applications, and similar other use cases. The incorporation of the blockchain technology in everyday use cases should help in making the system far more efficient and transparent. On the same line, the Ministry of Industry and Technology is also thinking to generate a “sandbox for blockchain applications,” which will be entirely backed by the blockchain technology. The first time in the Turkish “Blockchain-history” The documents of Strategy 2023 referred to Bitcoin (BTC). Why is it special? Well, it was the first-ever time in the country’s blockchain-history that Bitcoin was mentioned in the documents from the Turkish government. Looking back, two months ago, the country’s government did open up about a strategic plan on the use of “a digital currency,” which was to be regulated by the central bank. At that point, the documents did not come out in the bright light and talked about Bitcoin or any other cryptocurrency per se. So, Strategy 2023 is a positive sign on the adoption of the crypto in blockchain and DLT overall. How Strategy 2023 looks at Blockchain? The Strategy 2023 went on to “define” blockchain in its documents. The definition gave credit to various cryptocurrencies such as Bitcoin which has popularized the blockchain. The documents also talked about how using the blockchain inculcates “trust” in transactions. On the other hand, contrary to its inclination on the importance of “central authority” otherwise, the definition openly stated the free function of transactions without the “need of a central authority.” The definition read as Blockchain, which became popular with virtual currencies like Bitcoin, delivers a distributed communication infrastructure to provide trust between parties on transactions without the need for a central authority. This feature enables many different use cases that address transparency and reliability issues, from smart contracts to supply chains. Because it removes any intermediaries, blockchain technology builds new business models that will shape the future. Open-armed welcome to blockchain in Turkey The country has been portraying positive examples when it comes to embracing the blockchain technology. It has set examples in various sectors. Istanbul Blockchain and Innovation Center Last month, Istanbul Blockchain and Innovation Center (BlockchainIST Center) was launched. It took place at Bachicha University (BAU). It is the first-ever university-level blockchain center of the country. Reports reveal that the main aim of this center will be on “scientific research and publication in the blockchain technology.” Bora Erdamar, the center’s director, projected strong confidence in the potential of the blockchain technology use and the future excellence of the center. The director also thinks that the country stands a chance of setting high technological standards which eventually help in “transforming humanity.” Takasbank’s blockchain-based gold trading project: “BiGA” A few weeks ago, the country’s Istanbul Clearing, Settlement and Custody Bank- Takasbank talked about a gold trading platform which will be entirely backed by the blockchain technology. Through this platform, the clients will be able to transfer the physical gold through “digitized gold units,” which is stored in the country’s sole stock exchange. The users will be offered crypto wallets for storing their tokens and BiGA. They will be able to use these tokens and BiGA for regular everyday payments, just like the fiat currency.